Home » Blog»Uncategorized » What is Drugged Driving?

What is Drugged Driving? 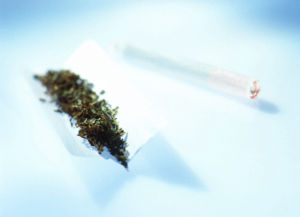 The new year has arrived and impaired driving accidents continue to be on the rise. Drunk driving, driving while intoxicated (DWI), or driving under the influence (DUI) means driving with a blood alcohol concentration (BAC) of 0.08 or higher. Underage drinking is a problem and is responsible for drunk driving accidents. The legal drinking age is 21. However, 19% of teen drivers who were involved in fatal car crashes had been drinking.

Still, being legal doesn’t mean being responsible. Over 50% of people driving while intoxicated are in the age group of 21-34. In 2020, there were 11,654 drunk driving fatalities. During COVID, alcohol-related crashes involving drunk drivers with a blood alcohol content over the legal limit rose from 19 percent to 26 percent.

However, in recent years, alcohol-impaired driving is not the only problem. With the legalization of marijuana in some states, there is a rise in traffic fatalities from drug use.

The National Highway Traffic Safety Administration (NHTSA) published a report that in motor vehicle crashes “just over 54% of injured drivers had drugs or alcohol in their systems, with tetrahydrocannabinol (THC), an active ingredient in marijuana, the most prevalent, followed by alcohol.”

The CDC claims that marijuana users were 25% more likely to be involved in a car crash than drivers who didn’t use marijuana. And often, alcohol-impaired drivers mix alcohol and drugs, which causes impaired driving crashes.

And as Mothers Against Drunk Driving (MADD) points out, drugged driving can also result from prescription drugs, as 1 in 4 drivers tested positive for drugs that could affect motor vehicle safety. For example, driving under the influence of legal and prohibited drugs is illegal in California. So even if you have a prescription for Vicodin or OxyContin or even use over-the-counter sleeping pills or cold medicine, if it causes impairment, you may be charged with a DUI. Lastly, if you are taking drugs (prescription or otherwise), any amount of alcohol affects your driving capabilities.

If you or a loved one is in a bind as a result of a criminal charge, immediately contact a Seattle DUI Attorney. A Criminal lawyer is not going to judge you, and understands that everyone makes mistakes. Hiring a Seattle DUI Lawyer to help can – at a minimum – reduce penalties, and can help direct people on how to best deal with their criminal charge, and many times even get them dismissed. So it should go without saying that someone cited for a misdemeanor or felony should hire a qualified Seattle Criminal Lawyer as soon as possible. Criminal charges can cause havoc on a person’s personal and professional life. Anyone charged with a crime in Washington State should immediately seek the assistance of a seasoned Seattle Criminal Lawyer. SQ Attorneys can be reached at (425) 359-3791 and/or (206) 441-0900.