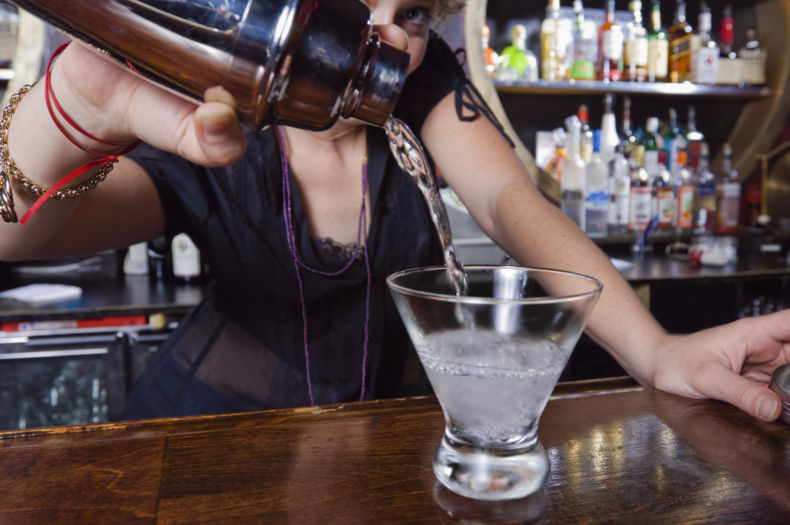 Blood Alcohol Concentration (“BAC“) is the amount of alcohol in a person’s body measured by the weight of the alcohol in a certain volume of blood.  The theory goes that alcohol is absorbed directly through the walls of the stomach and into the small intestine, thereafter it moves its way into the bloodstream, and travels throughout the entire body and ultimately into the brain.  Studies have shown that alcohol quickly absorbs into the body and can be measured within 30 to 70 minutes after a person has had an alcoholic beverage.

In theory the type of alcohol that one drinks does not affect BAC levels.  In other words, a drink is a drink, is a drink.  A “typical” drink equals about one half an ounce of alcohol (.54 ounces, to be exact). This is the approximate amount of alcohol found in one shot of distilled spirits or a five ounce glass of wine. How fast a person’s BAC rises and/or falls varies with a number of factors, including, but not limited to, the number of drinks consumed, how fast the drink is consumed, the gender of the person consuming the drink (for instance, women typically have less water and more body fat per pound of body weight than men. Alcohol does not go into fat cells as easily as other cells, so more alcohol remains in the blood of women.), the weight of the person consuming the beverage, and the food contained in the drinker’s stomach. 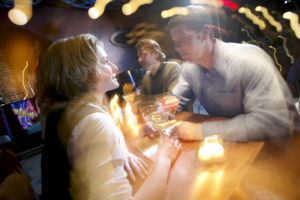 Contrary to popular myth, medications or drugs will not directly change one’s BAC level. However, if someone drinks alcohol while taking certain medications, he may feel – and actually may be – more impaired, which obviously may affect his ability to perform driving-related tasks.  Because of the multitude of factors that affect BAC levels it is very difficult to assess one’s own BAC level or even his own level of “impairment”. Though small amounts of alcohol can affect one’s brain and the ability to drive, people often swear they are “fine” after several drinks; failure to recognize one’s alcohol impairment is often deemed a common symptom of impairment. While the lower stages of alcohol impairment may be undetectable to others, the drinker knows vaguely when the “buzz” begins. It is said that a person will likely be too impaired to drive before looking or even feeling “drunk.” It has been well established over the years that alcohol steadily decreases a person’s ability to drive a motor vehicle safely. The more one drinks, the greater the effect. As with a BAC level, the signs of impairment differ with each individual.  Because of this, every state in our country has made it illegal to drive with a BAC of .08 or higher; this is probably intended to limit, to a certain extent, the amount of “guessing” required to determine if someone is impaired by their consumption of alcohol.  Notwithstanding the foregoing, Washington State goes one step further.  In Washington State, drivers can be arrested with a BAC below .08 if a law enforcement officer has probable cause to believe an individual is driving while under the influence of alcohol and/or drugs; the officer bases his opinion on the driver’s behavior, observed abilities and the “totality of the surrounding circumstances”.

The following chart contains just some of the more common symptoms people “may” exhibit at various BAC levels, and the probable effects on his driving abilities:

Because Washington State DUI laws are so strict, it is advisable that if you plan on drinking, plan on not driving.  You should always:

Always wear your safety belt – it’s your best defense against impaired drivers.  With that said, if you find yourself on the wrong side of the law.  Don’t despair, we ALL make mistakes; it is how we overcome the mistake that is the real judge of a person.  The best way to handle the issue is to get either a superbly qualified Seattle DUI attorney or a superbly qualified Bellevue DUI attorney to help you through the Western Washington DUI process.

The Seattle Criminal Defense Team of SQ Attorneys, located in Western Washington, is a very skilled and experienced team dedicated to providing effective, aggressive representation for those charged with DUI-related crimes.  The team creates success by not only working with their client to develop a relationship and encourage positive communication, but the team also works with law enforcement and the prosecuting attorney’s office to ensure that all facts and circumstances related to the allegations are considered in creating an the most equitable and fair resolution possible.

Everyone with a driver’s license and privilege to drive in their respective state should know that motorists are not permitted to drive while under the influence of alcohol or other impairing drugs. However, a different question arises with regard to restrictions on a passenger who wants to drink alcohol in a car. In most states,… END_OF_DOCUMENT_TOKEN_TO_BE_REPLACED