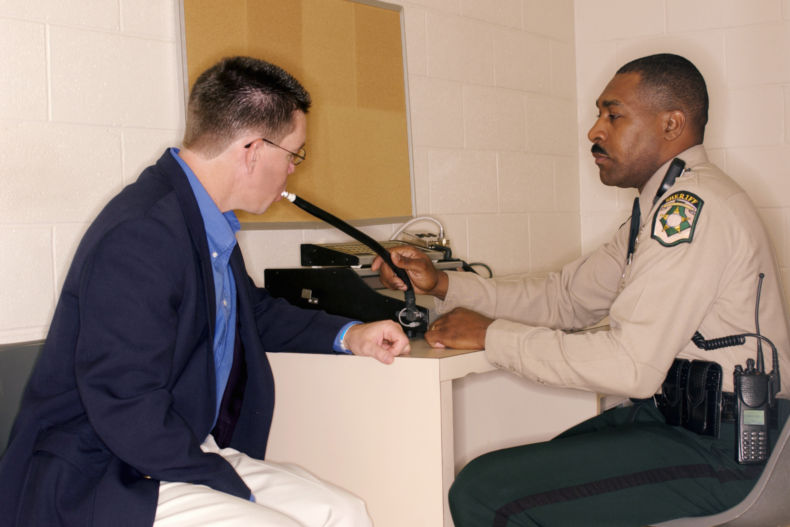 Although technically you have the right to refuse a breath test in Washington State, the consequences for so choosing can be more pronounced than if you consented to taking the test in the first place.  Perhaps more importantly, the government can usurp your choice to refuse to provide a breath sample by obtaining a warrant to draw your blood, notwithstanding your refusal.  The only way, and sole opportunity, to have a chance to fight automatic suspension of your driver’s license in a Washington DUI case is to timely send to the Department of Licensing a request for an administrative hearing.

Washington’s Implied Consent Law is only satisfied when you blow into an officially approved breath test machine.  Such machines are large and are only located at police stations, not on the scene of the initial stop/ contact.  Some people mistakenly think they have satisfied their obligation to blow into a breath test machine by blowing into a relatively small hand held device (otherwise known as a “portable breath test” machine) on scene.  These machines are not considered “officially approved breath test machines” for purposes of complying with Washington State Implied Consent Laws.  Portable breath test machines are simply used so as to assist officers in determining if they have sufficient probable cause to arrest a suspected DUI driver, nothing more.  Refusing to provide a breath sample into a portable breath test machine on scene does not impact your Washington State driver’s license privilege; refusing to blow into the large “official” machine at the police station does impact your Washington State driver’s license privilege.  Many Washington drivers have lost their Washington State driving privilege because they did not understand this critical distinction.  Washington law provides that if being requested to provide a breath test on the large “official” machine at the station you must be officially “reminded” of the consequences of your decision to take, or not, the breath test. Law enforcement is required to read an Implied Consent Warning form and you are then asked to make your decision regarding the test.  The Implied Consent Warning form is difficult to understand.  Undoubtedly, the shock of the arrest makes it very difficult to appreciate the fine legal distinctions presented by the warnings being given from the Implied Consent Warning form. For this very reason, it is extremely important that if you are arrested for DUI in the Greater Puget Sound area you exercise the right to call either a Seattle DUI Attorney or a Bellevue DUI Attorney for advice before making any decisions regarding the breath test.

Interestingly the Implied Consent Warning form does not, and is not required to, tell you several important facts: (1) If you refuse the test, you will most assuredly be prosecuted for DUI and your refusal to take the test will likely be the cornerstone of the prosecution’s case, (2) if you refuse the test your Washington driving privilege will be revoked and you will have to file proof of financial responsibility (otherwise known as “high risk” insurance) with the Department of Licensing, the same as if you had been “convicted” of DUI, and (3) as noted above, notwithstanding your choice to refuse a breath test, the police may elect to obtain a warrant to compel you to give a DUI blood test thereby usurping any benefit of refusing the test.

All driver’s arrested for DUI who either have a breath test of .08 or greater or who elected to refuse to take a breath test are entitled to an administrative hearing before the Department of Licensing before a suspension or revocation of their Washington State driving privilege can take place.  The request for hearing must be made within 20 days of the date of arrest, accompanied by a check for $200. This request should be made in the case of a Seattle DUI arrest or a DUI arrest occurring anywhere else in the State of Washington.

The law regarding taking or refusing to take a breath test in Washington is one of the most complicated areas of Washington State DUI law. Because this and because of the significant driver’s license implications associated with DUI investigations, any person facing the decision to take or refuse a lawfully requested breath test in Washington State should call a reputable Seattle DUI attorney immediately to discuss the consequences of that decision.  SQ Attorneys is a highly skilled and experienced team of practitioners immensely dedicated to aggressively protecting the rights and interests of those accused of DUI.  The team creates success by working with law enforcement and the prosecuting attorney’s office to ensure that their client’s integrity and overarching humanity, as well as the totality of the facts and circumstances related to the allegations, are considered in creating a just, fair and equitable resolution.

Everyone with a driver’s license and privilege to drive in their respective state should know that motorists are not permitted to drive while under the influence of alcohol or other impairing drugs. However, a different question arises with regard to restrictions on a passenger who wants to drink alcohol in a car. In most states,… END_OF_DOCUMENT_TOKEN_TO_BE_REPLACED