Do Private Security Guards have Legal Authority to Make an Arrest? 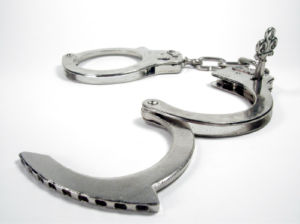 Throughout Washington State, you will see private security guards patrolling malls, banks and other businesses. For the most part, private security guards do not have the same authority as police officers. A security company is not a law enforcement agency. Other than assisting in medical emergencies and breaches of the peace, they basically have the same rights to act on crime as the average private citizen. It is important to remember that the law regarding the legal authority a security guard has differs based on each jurisdictions and states. Basically, the most a security guard can do is call 911 in the case of an emergency or possible criminal offense. But you should check up on your state and local laws to be sure what a security guard can do.

If a security guard were to observe a misdemeanor, that is considered a breach of the peace, the most they could do is conduct a citizen’s arrest and wait for a police officer to come and take the individual into custody. A security guard can ask you to wait for a police officer to arrive, but they cannot hold you against your will or with force, meaning you can leave if you want.

Security guards are not law enforcement officers, and they must not do anything to impersonate a police officer. While a security guard may believe that acting like a police officer will help them at the moment, it could cause them some severe legal trouble. The company they work for may also suffer consequences.

If a security guard uses excessive force on you without acting in self-defense, they could face criminal assault charges, or you may be able to sue them for using unreasonable force.

If you are detained by a security guard, keep in mind what they can and can’t do. It is legal for an unarmed security guard to detain you, but they can’t do so by using force or other methods used by police, such as handcuffing you or placing you in a holding cell. If it is an armed security guard with specialized police officer certification, they can detain you and use reasonable force.