Home » Blog»Uncategorized » Can the Police Use Excessive Force?

Can the Police Use Excessive Force? 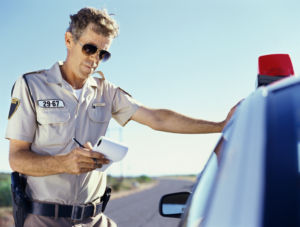 Excessive force refers to situations where government officials are legally entitled to use force to exceed the minimum amount necessary to diffuse an incident or to protect themselves or others from harm. This can come up in different contexts, such as when handling prisoners or even during military operations. When it involves law enforcement, especially during an arrest, it’s also referred to as police brutality.

The constitutional right to be protected from excessive force is found in the reasonable search and seizure requirement of the Fourth Amendment and the prohibition on cruel and unusual punishment in the Eighth Amendment. In the Supreme Court case Tennessee v. Garner, the Court found that police used excessive force by shooting an unarmed, non-threatening teenager in the head while fleeing a house he had burglarized.

At the time, a Tennessee law authorized the use of “all the necessary means to effect the arrest” of fleeing suspects, regardless of the situation. The Court overturned the state law because it allowed for unreasonable use of force in violation of the Fourth Amendment. In that landmark case, the Court ruled that deadly force can only be used during an arrest if: 1) It is necessary to prevent the escape; and 2) The officer has probable cause to believe that the suspect poses a significant threat of death or serious physical injury to the officer or others.

Excessive force and police brutality don’t just apply to cases of deadly force, but can also be found where injuries are relatively minor but resulted from an unreasonable use of force. The Supreme Court has recognized that “the right to make an arrest or investigatory stop necessarily carries with it the right to use some degree of physical coercion or threat.” However, the degree of coercion or force used must be proportional to the threat and escalate only in response to the threat.

The question of what is reasonable force often arises. In order to be considered reasonable and compliant with the U.S. Constitution, the use of physical force must stop when the need for the force ceases, such as when a suspect is successfully restrained or a situation has otherwise de-escalated. In other words, an officer isn’t allowed to punish criminals who no longer pose a threat.