Home » Blog»Uncategorized » When Can an Officer Search My Vehic [...]

When Can an Officer Search My Vehicle? 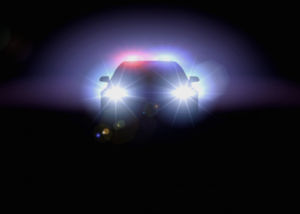 Law enforcement may ask to search your vehicle without a warrant even if they are not authorized to do so. That being said, a driver always have the right to say no, and illegal searches can be challenged later in court. However, if you consent to a search any evidence obtained may be used against you.

In most states, search and seizure rules pertaining to automobiles are not as strict as those relating to one’s home. For example, an officer may conduct a warrantless search of those areas immediately within the driver’s reach, which includes the glove compartment and the vicinity of the front seat, if the officer suspects weapons or other potential immediate threats.

An officer who stops a motorist for a minor infraction, such as a speeding violation, generally may not conduct a search unless there is reason to believe one or more of the car’s occupants is armed or otherwise dangerous.

Under the plain view doctrine, officers may lawfully seize evidence of a crime without a search warrant if it’s in plain view. For example, if an officer sees a glass pipe with what appears to be drug residue in the backseat after stopping a motorist for running a red light, the officer may seize the pipe. The officer may also lawfully conduct a warrantless search for other drug-related items in the automobile after finding the glass pipe, since it provides probable cause that other incriminating evidence may be present.

The officer may not, however, search the vehicle indiscriminately. For example, an officer who sees an illegal weapon in plain view and subsequently finds a small packet of drugs in the motorist’s wallet likely has overstepped his or her boundaries. The search following the discovery of the illegal weapon must be weapon-related, so it’s unreasonable to search someone’s wallet because it could not reasonably contain a weapon. The plain view doctrine also extends to evidence that an officer or drug-sniffing dog smells or hears after a traffic stop.

An officer is permitted to conduct a frisk in which an individual’s clothing is patted down, if the officer has a reasonable suspicion that the driver or passengers are armed or otherwise pose a threat. The purpose of the frisk is to ensure the officer’s safety; it is not considered a search within the meaning of the Fourth Amendment. However, an officer conducting a frisk for weapons may not manipulate objects in pockets or otherwise investigate further. To do so would be considered a search.