Home » Blog»Uncategorized » What is Pleading the Fifth?

What is Pleading the Fifth? 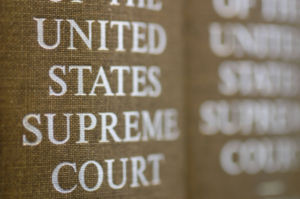 There are a few legal principles in criminal law that almost every American knows. One of those is a person’s constitutional right to “plead the fifth”. It comes up again and again in Congressional testimony, media reports of ongoing investigations, and in movies and television shows ranging from police procedures to mafia movies. So, what does taking the fifth mean? Where does this right come from? And, importantly, what can we infer if a person does plead the fifth?

Often when a person takes the fifth, they actually say something to the effect of: “I refuse to answer on the grounds that it may incriminate me.” While this sounds like an admission of guilt, it isn’t one, at least not legally. It may sound like a technicality, but the fact that pleading the fifth is not an admission of guilt matters a great deal in any criminal prosecution. The U.S. Supreme Court has held that in a criminal trial, jurors cannot get information about a defendant’s refusal to answer questions or go on the witness stand in their defense.

The idea is that defendants, whether guilty or innocent, should not be punished for exercising a right under the United States Constitution. Both jurors and the public tend to make an adverse inference against anyone who pleads the fifth, which is why courts do not allow it to be used as evidence in a criminal trial.

You may already know that taking the fifth refers to an individual’s rights under the Fifth Amendment of the U.S. Constitution. The Fifth Amendment protects many rights including: 1) Not being able to be federally prosecuted for a capital offense or other serious felonies without first being indicted by a grand jury; 2) Being charged twice for the same crime (double jeopardy); 3) The right to due process and fair compensation if the government takes your property.

The Fifth Amendment is also where we get Miranda rights from which is an important principle in criminal defense. The Fifth Amendment provides in part that “no person … shall be compelled in any criminal case to be a witness against himself.” The idea behind this provision is that the government cannot force you to testify against yourself. The Framers of the Constitution worried about a powerful government that could use torture and other means to obtain confessions in court. By including the right against self-incrimination in the Bill of Rights, the Founding Fathers made sure that the government has less incentive to resort to strong-arm tactics in criminal prosecutions and avoid resorting to a kangaroo court to get convictions.

This principle has evolved over time into an ability to refuse to answer questions that may implicate you in a crime beyond an active criminal investigation or police interrogation. You can plead the fifth at any time, even if you are otherwise legally obligated to answer, such as through a court-issued subpoena or if you are called before Congress to testify on an issue of national importance.

The benefit of your Fifth Amendment right against self-incrimination is pretty clear if you know you’ve committed a crime. But what does the privilege against self-incrimination matter to innocent people? As previously noted, most jurors and the public are quick to jump to conclusions if you refuse to answer questions. A police officer or federal authorities may feel the same, motivating them to pursue a criminal investigation against you. Isn’t it then always in your best interests to answer questions fully if you have nothing to hide?

Unfortunately, it’s not always the best strategic choice to fully cooperate with law enforcement even if you are innocent. There are numerous examples of people who were not initially the target of any criminal investigation still landing in trouble with the justice system that could have been avoided by pleading the fifth.