What is “Cyber Flashing”? 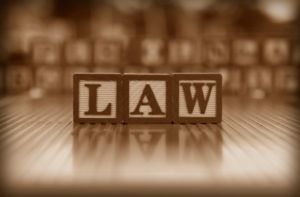 When someone intentionally sends an unsolicited sexual image through the internet, it is called “cyber flashing” and this is a form of sexual harassment and abuse. It happens when a sender transmits explicit photos through Wi-Fi, messaging applications, online platforms, Bluetooth, or other file-sharing applications. Online dating apps, where cyber flashers transmit  photos of genitalia, or other explicit images, have become a particular problem area. This also occurs on social media apps, such as Snapchat and WhatsApp.

In a 2017 survey, 53% of women ages 18-29 reported being victims of unwanted sexual images. Victims of cyber flashing do not always report it, however, so that number could be higher. Only two states, Texas and California, have cyber flashing laws. The Texas law, passed in 2019, classifies cyber flashing as a Class C misdemeanor with fines of $500. The state passed the legislation with the support of Bumble, a popular online dating app. In 2022, California unanimously passed a bill to allow cyber flashing victims to sue if the perpetrator is over 18. Additionally, they can sue for punitive damages and attorney’s fees. They can also request a court order blocking future transmissions.

The issue is trending, however, and other state lawmakers are writing legislation to curb the transmission of unwelcome sexually graphic images. For example, Virginia is drafting new laws against cyber flashing. Moreover, New York is working on legislation making unsolicited intimate images punishable by a $500 fine and jail time of up to 15 days. The court may also require the perpetrator to complete mandatory sexual harassment training. In New Hampshire, cyber flashing is a misdemeanor. No federal laws prohibit cyber flashing.

Furthermore, all states have laws against indecent exposure, the intentional act of exposing one’s genitals to alarm or offend. Often, this is done for sexual gratification or to solicit a sexual response.