Home » Blog»Uncategorized » What Does Expungement Mean?

What Does Expungement Mean? 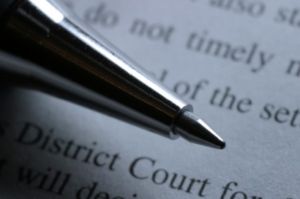 Expungement is a court-ordered process in which the legal record of an arrest or a criminal conviction is taken off ones criminal record. Another way to see it is erasing a record in the eyes of the law or setting aside a criminal conviction. This legal process can be life-changing for someone with a past conviction or arrest record by opening up more options to them. To expunge a record means a person can live more freely, without worry that past legal hardship will follow them.

An expungement ordinarily means a court seals or erases an arrest or conviction from a person’s court record for most purposes. After the expungement process is complete, the person who was arrested or convicted is not legally required to disclose the incident.

When filling out an application for a job or apartment, an applicant whose court records were expunged is not required to disclose their arrest or conviction. A landlord or private sector employer would likely not be able to obtain access to the expunged record. That is because in most cases, no record of an expunged arrest or conviction will appear if a potential employer, educational institution, or other company conducts a public records inspection or background search of an individual’s criminal record.

Expungement does not erase memory of a run-in with the law in a literal sense; no legal process can cause mass amnesia and cause people to forget that someone was arrested for, charged with or convicted of a past crime. As a matter of legal fiction, however, courts can “erase” records of arrest or conviction.

Different jurisdictions handle expungement of records differently. Some simply prohibit the release or dissemination of records. Others actually purge a person’s records and physically destroy the files. Additionally, some systems might create a legal protection that explicitly permits parties to deny the existence of the records with no fear of perjury.

Some states like Washington seal certain types of records automatically, such as records of juvenile arrests. Others require the subject of a record to prepare a complicated court filing. Most people prefer to work with a criminal defense lawyer when seeking an expungement, but some jurisdictions provide forms so that people can file independently, without the representation of an attorney, if they would rather save the expense.

An expunged arrest or conviction is not necessarily completely erased in the literal sense of the word. An expungement will ordinarily be an accessible part of a person’s criminal record, viewable by certain government agencies, including law enforcement and the criminal courts. This limited accessibility is sometimes referred to as a criminal record being “under seal.”

A person’s supposed “erased” record can, in fact, impact them in some legal proceedings. If that person faces sentencing for any crimes committed after an expungement, the court may consider the past record. Also, an immigrant facing removal proceedings may find that an expunged conviction or one “under seal” is used as evidence in support of their removal from the country.