What are the laws regarding underage drinking? 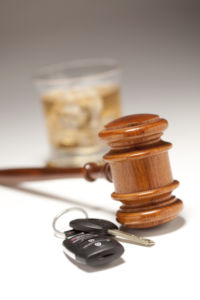 Each and every state have a legal drinking age of 21 years of age.In the1980s, the federal government passed a law forcing states that wanted federal money for highways to prohibit anyone younger than 21 from purchasing alcohol. Some state laws make exceptions for underage drinking in special cases. These exceptions typically include when the consumption of alcohol by a minor is: 1) Part of a religious ceremony (like drinking wine as part of communion; 2) In the presence of a parent, guardian, or immediate family while in a private residence; 3) For an educational purpose; 4) Law enforcement purposes (for undercover investigations or sting operations) and/or 5) Reporting a medical emergency or assault (calling 911 to get help for a fellow underage drinker)

There are some states that do not make any exceptions to the legal drinking age. So if you’re a minor doing keg stands in Alabama, Arkansas, Idaho, New Hampshire, or West Virginia, be careful. Underage drinking is always illegal in those states, so if you get caught, an underage drinking charge is likely under state criminal laws.

It’s usually a misdemeanor criminal offense for anyone who’s underage to purchase, consume, or possess alcohol. Especially if it’s a first-time offense. Punishment for a conviction may include fines, attending alcohol counseling or classes, performing hours of community service, and driver’s license revocation. For a second offense or more, the penalties will probably be more severe.

What if you are caught driving under the influence (DUI or DWI) of alcohol or drugs? Most states have zero-tolerance laws against anyone underage caught drinking and driving. This means that someone over the age of 21 must have a certain level of alcohol present in their blood, a measurement known as blood alcohol content or BAC, to be charged with a DUI. Most states set the BAC limit at 0.08%. But because of zero-tolerance laws, if you’re underage, even 20 years old, you can be charged with a DUI if police find a very small amount of alcohol in your system. Many states set this amount at 0.02% for those under 21.

The penalties for a DUI conviction, even for teenagers, can include fines, probation, community service, loss of driving privileges, driver’s license suspension, mandatory alcohol education, and even jail time. In some states, your driver’s license may also be suspended for other alcohol-related offenses outside of driving, such as a minor in possession violation.

If you’re charged with an alcohol-related offense while under the legal drinking age, most states allow you to expunge the violation from your criminal record, especially for a first offense. An expungement is when your record is sealed, meaning you do not have to acknowledge a conviction when applying for college, a job, or housing.

However, getting an expungement can take a long time. Most states require you to wait several years while maintaining a clean record before you can ask for an expungement. Also, when you can request the expungement likely depends on the outcome of the case. For example, if you were arrested but the charge was dismissed, typically you can apply for expungement faster, typically one year later. But if you plead guilty or were convicted of the offense, you might not be eligible for expungement until you turn 21. And if you are charged with another offense, you may not even be allowed to expunge the charge, meaning you will have a permanent record.

Even if charges are dismissed and/or later expunged, they may still show up on a background check while the expungement process plays out. This means colleges and employers could find out about criminal charges during the application process.