Is Driving While High Harmless? 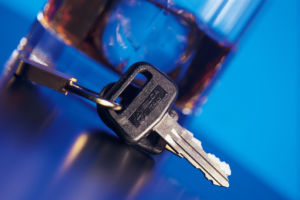 Since the legalization of marijuana in some states, there has been a false perception that Driving While High is harmless. This in fact is not the case. There have been recent studies conducted that have determined that car crashes have increased after states have legalized marijuana. The Highway Loss Data Institute found that collision-insurance claims increased by nearly 6% in Colorado, Oregon, and Washington, which were the first three states to legalize marijuana, compared with neighboring states that had not legalized marijuana.

While these statistics should guide your thinking on whether you should be driving after consuming marijuana, there has been other research conducted with the American Journal of Public Health which looked at the impact of legalized marijuana on fatality rates and found no connection. The explanation which the National Transportation Safety Board provided to Congress in 2017 was, “After smoking marijuana, subjects typically driver slower, follow other cars at greater distances, and take fewer risks than when sober. In contrast, subjects dosed with alcohol typically drive faster, follow at closer distances, and take greater risks.” The consensus thus far, then, is that high drivers might be causing more car accidents, but not necessarily worse accidents.

Nevertheless, it is evident that drivers high on marijuana are not taking matters as serious as they should. A 2016 survey of drivers in Colorado and Washington who had used marijuana in the previous month found that 44% of them reported driving while high. Some states have launched public-education initiatives to discourage driving while high on pot. In Colorado, for instance, the state’s Department of Transportation introduced The Cannabis Conversation, a statewide traffic safety campaign.

Perhaps public education campaigns will reduce the numbers of impaired drivers on our roadways, thus making the job of police a bit easier. But the police will still be stuck with the difficult job of determining when, exactly, someone is too stoned to drive.

Unlike the standard breath tests that can determine when someone has drunk too much booze, which are easy to administer and considered generally reliable, the way you measure pot in the system is with a blood draw. This is problematic for two reasons: 1) A roadside blood draw to detect THC levels from pot is difficult to administer and unreliable; it also requires a search warrant if the driver refuses to consent to the draw and 2) Unlike blood-alcohol levels, THC levels in blood can be extremely misleading because after THC remains in the bloodstream long after its effects wear off. A person could easily be driving in an unimpaired state and still test positive for the pot they smoked a week ago.

Some states like Washington, have set thresholds on THC blood levels to determine when someone is too high on pot, but many defendants have been successful in arguing that they were not impaired. Furthermore, researchers are trying to come up with roadside screening technology that will determine when a driver is too impaired on pot. But as it stands, police and prosecutors often have a hard time proving it.

The situation has given rise to a new type of law-enforcement officer called “drug recognition experts.” These officers take a two-week course to learn about how specific drugs affect the body and how to examine drivers when they’ve been stopped.

However, like THC levels in blood, evidence provided to courts by drug recognition experts is subject to serious challenge by defense lawyers. Earlier this year in Massachusetts, in fact, a judge said that a drug recognition expert’s evaluation of a man charged with driving under the influence of drugs could not be used.

Still, even though law enforcement needs better tools to detect when you’re too high to drive, it’s still wise to not get behind the wheel if you’re in that condition. You’ll be more likely to get in a crash. And if a cop thinks you’re too high to be driving, he can still escort you to jail.