Due Process and Drivers Licenses? 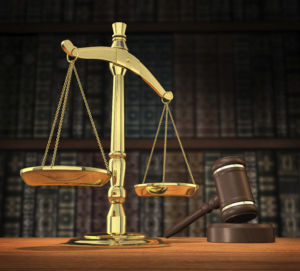 The Due Process Clause of the Fourteenth Amendment ensures that a person cannot be punished without proper legal proceedings, including notice and a hearing. That applies to the suspension or revocation of driver’s licenses, as well. However, there are certain circumstances in which your driver’s license can be suspended without a notice or hearing. The most common example involves DUI offenses.

In the majority of states, if you’re arrested for driving under the influence, you probably won’t be getting behind the wheel for a while. That’s because of Administrative License Suspension laws. While ALS laws vary state by state, they typically require that a license be confiscated and automatically suspended without a hearing in a couple of situations.

The first situation involves implied consent laws. Under the laws of most states, by driving in the state you give “implied consent” to a breath, blood, or urine test if suspected of DUI. Refusing to submit to the test after a proper traffic stop will typically result in an automatic license suspension, regardless of whether you were actually impaired at the time.

The second situation takes place after you’ve submitted to chemical testing. If the test indicates that you have a blood-alcohol content (BAC) level of 0.08 percent or higher, or have certain drugs in your system, your license will automatically be suspended under the laws of most states.