Criminal Laws Can Impact Anyone 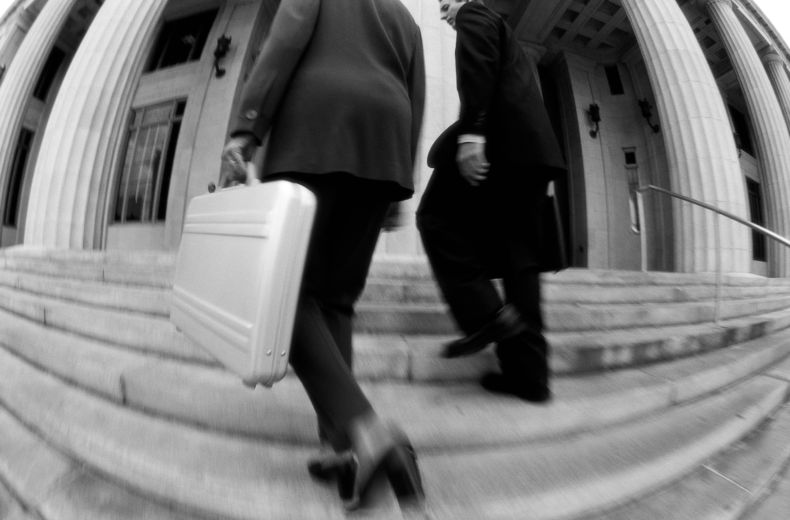 Even judges can sometimes find themselves on the wrong side of the law. Case in point, a District Court Judge in Clark County Nevada (Judge Stefany Miley, 48) was recently cited with a domestic violence related charge. Judge Miley was elected in 2004 and commenced her term the following year, 2005, as a Family Court judge. She became a District Court judge in 2008.

As with most defendants, Judge Miley is now represented by a defense attorney and she intends to vigorously defend the allegations waged against her. The incident allegedly involved her 18-year-old son; her eight-year-old son was also present during the incident.

To make matters interesting, the judge is currently in divorce proceedings with her husband, who is a lawyer too – a family and criminal defense lawyer. On the date at issue, her husband allegedly sent a text to his divorce lawyer about the incident involving their son. The divorce lawyer, thereafter, allegedly contacted the police. Curiously, prior to this, and according to court records, Judge Miley was granted a temporary protective order against her husband after he was arrested on domestic abuse charges. Was the call by her husband’s divorce attorney vindictive or was it made out of an abundance of concern for the welfare of the boys? Time will tell, but for now Judge Miley is scheduled to appear in court on January 22, 2019.

When charged with a crime it is a very smart idea to immediately hire a qualified Seattle Criminal Defense Attorney. The Seattle Criminal Defense Attorneys that make up the criminal defense team of SQ Attorneys are highly qualified and reputable Seattle Criminal Defense Lawyers that are dedicated to providing top notch, aggressive representation for those arrested or charged for crime all across Western Washington and the Greater Puget Sound region. The team creates success by working with law enforcement and the prosecuting attorney’s office to ensure that all facts and circumstances related to the allegations are considered in creating the fairest, most equitable and just resolution possible in light of all the surrounding circumstances of the given case. So, whether you are cited with an infraction or arrested and/or charged with misdemeanor, gross misdemeanor or a felony, protect yourself … call SQ Attorneys at (206) 441-0900.