Home » Blog»Uncategorized » Can I Possess a Gun?

Can I Possess a Gun? 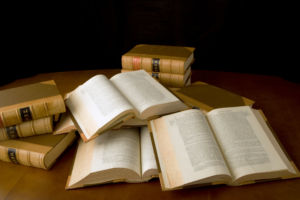 Mass shootings have become a common occurrence in the United States. In most cases, family, friends, or acquaintances knew that the perpetrator was a troubled individual and had mental health issues. Death by suicide is the leading cause of death in the United States and the majority of these incidents involve guns.

This has allowed gun-control advocates to raise the question of whether something can be done to ensure individuals with mental health issues not have access to guns? In response to the increase in suicides and mass shootings by troubled individuals, many states implemented “risk protection orders” or “extreme risk orders,” also known as “red flag” laws.

Red flag laws allow family members or law enforcement to petition a court to order the temporary removal of firearms from a troubled person. The court determines if the person is at serious risk of harming themselves or others with a gun and, if so, temporarily orders the person to surrender the firearm.

The Second Amendment protects an individual’s right to bear arms. Although, it is obvious that the framers of the Constitution were thinking about muskets and not today’s higher-powered rifles.

When the government passes a law, it must not violate the constitutional rights of citizens. Laws that may infringe on a fundamental right, such as the right to own a gun, are subject to “strict scrutiny.” To uphold a regulation under the strict scrutiny analysis, the law must have a compelling state interest and be narrowly tailored to achieve that interest.

You have the right to free speech however, the government may regulate the time, place, and manner of speech if there is a compelling interest.

Similarly, red flag laws must pass strict scrutiny. Therefore, any laws and regulations must be narrowly tailored to achieve a compelling state interest. Generally, these laws have similar characteristics: they allow for due process and are limited in scope. Due process in this case essentially means that the individual has a hearing in front of a judge. And if the judge upholds the order, authorities remove the firearm for a short period.

Furthermore, there is no fine or penalty for possession of a firearm. If the owner obtained the gun legally and is legally permitted to have it, then they only lose the right to possess firearms while determined to be “at risk.”